What Is Asperger’s Syndrome Autism?

Some people confuse Asperger’s Syndrome with Autism, and understandably so as it is very similar to forms of Autism in many ways. However,

is a collection of symptoms in its own right, separate to a Classic Autism diagnosis.

The National Institute of Neurological Disorders and Stroke (NINDS) states that children with Asperger’s Syndrome will demonstrate certain sensitivities to sounds and other stimuli, as well as perhaps even objects. They will find it difficult to express their feelings, as well as communicate and interact with others, mostly speaking without emotion. They are also likely to develop obsessions, be it with collecting or learning, which can easily be a topic within what becomes their field of expertise. These are very similar characteristics to those with High Functioning Autism, and it is reported that they both have IQs that are normal and often in a superior range. Those with Classic Autism, however, will have learning disabilities.

While Classic Autism can be identified early on, Asperger’s Syndrome and High Functioning Autism are not usually investigated and diagnosed until the child is a bit older and social interaction is noticed to become difficult for them. To summarise, Asperger’s Syndrome is a strand of Autism, however, someone with Asperger’s Syndrome has a collection of symptoms in their own right, and is not said to be Autistic.

What are the symptoms of Asperger’s Syndrome?

Asperger’s Syndrome is a collection of symptoms, however, it is not an illness, and it is not something to be cured from. It can be accompanied by other mental health issues, however, this is not commonly part of the condition. Unlike most people with Autism, those with Asperger’s Syndrome do not have learning disabilities, and instead, tend to have an intelligence that is above the average. They are however likely to have learning difficulties, related to their difficulties in interpreting language, as well as social interaction when it comes to schooling.

In essence, those with Asperger’s Syndrome will see and feel the world very differently to the majority of other people. The world can feel overwhelming, and social interaction is complex, making school and work, as well as personal relationships, a challenge.

Like those with Autism, those with Asperger’s Syndrome do not look disabled, or as if they live with a condition of any kind. There are a wide variety of symptoms however that will help identify the condition. Communication is a complex issue for those with the syndrome, be it reading facial expressions, gestures, the tone of voice, or understanding jokes and sarcasm. While they might have increased skills in reading and writing, the language in the physical world when it comes to interaction and conversations are a challenge – they might talk at length about their own interests, not reading the other person or thinking about their part in the conversation. This can make them appear insensitive, socially inappropriate, and aloof in the sense that they will not seek comfort from others.

Repetitive behaviour and routines is another symptom of Asperger’s Syndrome, which can vary from having a daily routine that they like to stick to, to have to eat the same thing each morning. They will have highly-focused interests that can develop from a young age and continue throughout their life, as a hobby or perhaps even a vocation.

Sensory sensitivity is another symptom, being over-sensitive to light or sound, however, they can also be under-sensitive and be undisturbed by noise and such that others find intolerable.

What is the difference between Autism and Asperger’s Syndrome?

It is mainly the severity of the symptoms that allows us to tell the difference between Autism and Asperger’s Syndrome. Those who are only slightly affected with Asperger’s Syndrome can still have good language skills, and to those unfamiliar, with the condition, the child may not appear to have anything wrong with their behaviour at all. Adults only mildly affected will be able to hold down jobs, some in high positions such as lecturers or scientists, and to the untrained eye, they would appear a bit different to others, but not disabled in any way.

While those with Autism are uninterested in those around them, those with Asperger’s Syndrome will be keen to interact with others, however, they will have difficulty in doing so. Those with Aspergers are also keen to talk and can use language in many ways, however, their speech patterns can be monotonous, or perhaps too loud or too quiet. They are socially awkward and might use inappropriate language in certain settings.

What is the cause of Asperger’s Syndrome?

Asperger’s Syndrome is known to be an Autistic disorder, and it is still yet unknown the exact cause of such disorders. It is believed by some that the conditions are genetic, as it does often appear to run in families, to various extents. Others believe Autistic disorders, and therefore Asperger’s Syndrome, to be related to exposure to toxins, be it in a specific environment, or as some believe, from vaccinations. Experts have however discredited the theory of the link between Autism and the exposure to specific vaccines. It is therefore still unknown as to the exact cause of Asperger’s Syndrome.

At HL Online Training, we offer online training in Asperger’s Syndrome, giving the learner the opportunity to really understand the condition. This is especially useful for those working with children are various capacities, as well as health workers and social care workers who’s paths,  are likely to cross those with Asperger’s Syndrome.

In our online accredited course, this module will greatly increase your understanding of Asperger’s Syndrome, allowing you to learn the following:

It is important to understand the difficulties those with Asperger’s Syndrome experience in day to day life, in the communication and other areas that most people take for granted. By undertaking our online course in understanding Asperger’s, the learner will be able to communicate better with those who have it, understanding where they are coming from. 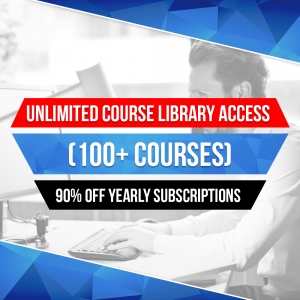